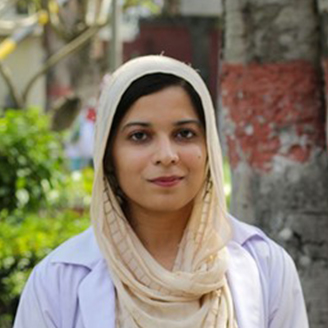 Dr. Farah Azam, a CARE Alumna, hoping to open up her own hospital in Shahdara, Lahore. On a balmy weekday morning, the well-known Sir Ganga Ram Hospital is a hubbub of activity. Past frantic families, overcrowded waiting areas, the lazy hum of ceiling fans, a stretcher being rolled out (with a middle-aged woman with her arms bandaged up) and its wheels barely missing a dead lizard – its shimmering belly exposed to the sun (like a miniature sacrifice), young women doctors in their stark white overcoats spilling out of every hospital entrance – some briskly walking to the cafeteria for a chilled drink and a break to cool their heels, while others walk to and from the adjoining Fatima Jinnah Medical University to plop down in a shaded spot in the campus’s immaculately maintained garden. Here, in this surreal pre-partition portal, in the heart of Lahore, life and death are conjoined twins; neither can exist without the other.
At first glance, 24-year-old Farah Azam comes across as reserved and shy. Petite, with kind eyes and a discreet smile, the young doctor tells me that she’s at the tail-end of her house job at the hospital. But she hasn’t made a decision about her specialisation yet, she reveals, as we walk past the marble stairs of the campus entrance and a rather magical strip of quaint, white-washed wooden windows, partially covered by a cascade of orange bougainvillaea.
Farah Azam is the eldest of five siblings. The eldest of five siblings, Azam grew up in Shahdara, the historic town that once stood as Lahore’s entrance gate during the Mughal era in the 15th century.
Having completed her schooling at a CARE Foundation-adopted school in the area, Azam knew she wanted to make a career in the medical field. “I used to think; ‘agar medical nahin, toh phir kuch nahin!’ I just knew that I wanted to be a doctor for the rest of my life,” she says, “There are no doctors in my family, and for some reason, it used to give me a bit of an inferiority complex. That’s when I decided I had to get out of the career comfort zone that I saw so many of my family members lodged in.”
After acing her matric exams, Azam mentions that she was lucky enough to be able to receive full scholarships from CARE to complete an FSc degree at Lahore College and later, enrol into a 5-year MBBS program at Fatima Jinnah Medical University. However, while she excelled in the classroom, Azam’s personal life took a turn for the worse during grad school when her father married his second wife and moved out of the house for over a year.
Those were dark days, full of trepidation, Azam recalls. Money was scarce and she would spend nights weeping into her pillow, wondering how her family would survive. “I kept thinking; if I give up now, what would become of my mother and my younger siblings? I had to be strong for them. I wouldn’t allow my mother to work and told her she could depend on her children.”
It was then that Azam began teaching at a nearby academy after university. From waking up at the crack of dawn, attending her classes and then taking a rickshaw straight to the institution, Azam’s days would end past 9 pm, on a daily basis. This was in 2011, and now, standing as the only doctor in her family and her town, Azam says that she’s grateful for what she had to endure. Why? Because it was a wonderful, albeit difficult teacher. “I was never emotionally strong; I’d get sensitive and upset on the smallest of things. I’m not like that anymore; I feel I can take on any challenge now.”
Having received her degree last month, Azam made sure both her parents were in attendance. She had forgiven her father because after all was said and done, she still harboured a great deal of love in her heart for him.
Recalling the university’s graduation ceremony, Azam laughs when she mentions how much her mother cried with joy. “I was like, ‘Amma, please stop, people are looking!’ But deep down, I was elated that I had not only achieved my dream but also that I’d made my mother proud.”
Speaking about her experiences during her house job at Sir Ganga Ram Hospital, Azam states that it has been an emotional rollercoaster witnessing life and death in such close proximity. From being a part of a gut-wrenching autopsy of a suicide case involving two teenage girls, witnessing the death of a 21-year-old boy – whose kidneys failed within days of his hospital admission – to looking into the eyes of cherub-like newborns, she has had to accept the unpredictability of life up close and personal.
“It’s two different extremes; there’s so much tragedy, yet so much beauty,” Azam says, “As doctors, we have to learn how to handle every kind of case, how to counsel grieving families and most of all, how to control our own emotions. People have this notion that ‘doctors bohat zaalim hain,’ but we can’t let our feelings get the better of us, if we did, how would we be able to do our jobs?”
Hoping to open up her own clinic (or hospital) in Shahdara, where the medical facilities are grossly lacking, reveals Azam, the road ahead couldn’t be more promising for the young doctor.
“When my family and I were going through a rough patch, I’d look at other families and it would sting…they’d look so normal,” she says, “But over time, I’ve realized that one should never get wrapped up in self-pity. Always look at what you have, the opportunities you were given and what God has blessed you with.” 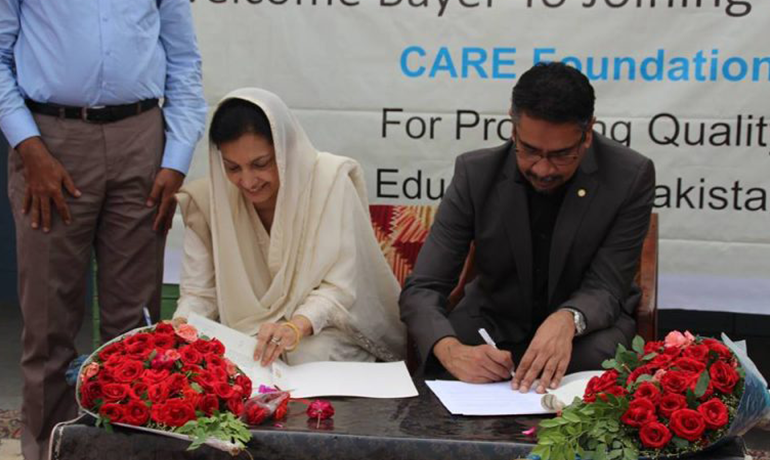 Announcing the partnership between CARE Foundation and Bayer Pakistan! 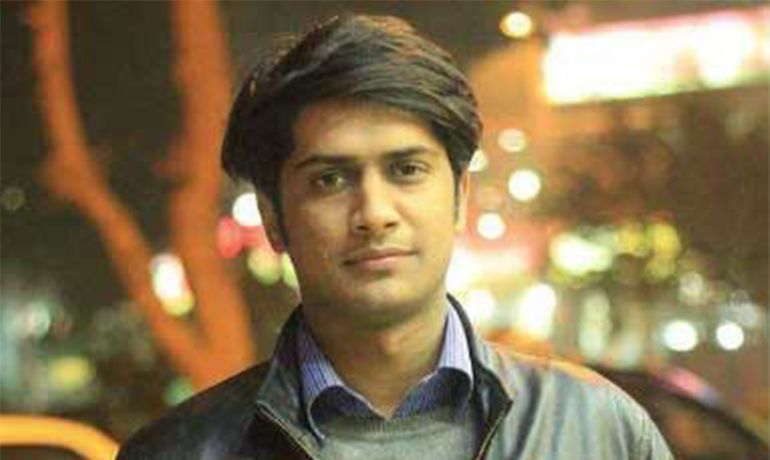